I have to admit, after creating my breakfast in a jar with all its colourful layers I was really chuffed. The colours work so well together and the flavours complement each other perfectly. I have been baking cakes with pumpkin for years now, my absolute favourite! I love the combination of pumpkin and cinnamon – so very autumn! The wonderful thing about pumpkins is that they can be stored for months and therefore are available for delicious recipes long after autumn has gone. Since the pumpkin has to be baked before using it for the breakfast jar, the preparation time can be a little longwinded. But don’t get put off! Why not make pumpkin wedges as a savoury side dish and increase the portion to have leftovers for your sweet breakfast jar? The baked wedges can be stored in the fridge for up to 2 days, or even better, you can prepare your jar in the evening already, because it stores well over night in the fridge!

For the pumpkin layer:

For the berry sauce layer: 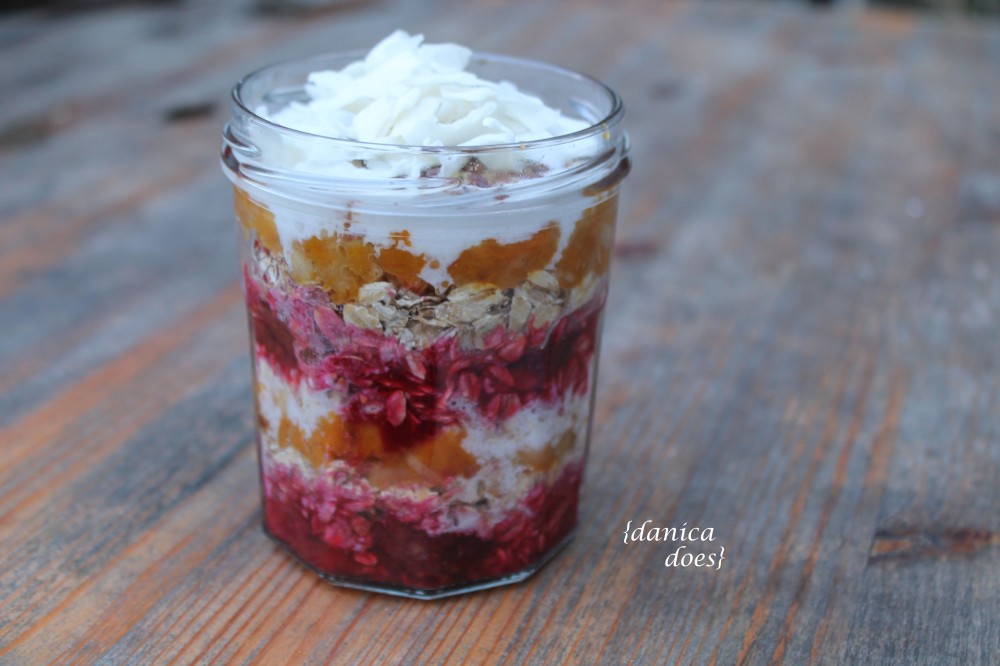